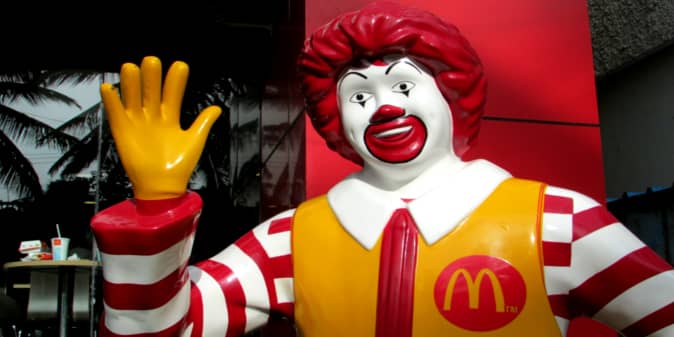 Community trademark (CTM): McDonald’s tries to prevent the expansion of the Supermac’s trademark

Having a three month period to do so, McDonald’s filed an opposition against this application in July 2014. The giant fast food chain, having several CTMs covering, among others, classes 29, 30 and 43, which comprises food and drink products and services, stated that these two trademarks would confuse consumers.

It is noteworthy that these two trademarks have been co-existing in Ireland since 1978.

Taking this into consideration, Pat McDonagh, the managing director of Supermac’s said he was surprised with this opposition by McDonald’s, as he considers that “As two very distinctive brands with immediately identifiable menus, and a clear difference in ingredients and taste, there has never been any confusion for our customers.”

In the other hand, McDonald’s intention is to object the expansion of “Supermac’s” outside of Irish territory, where, in the company’s opinion the Irish trademark would take advantage of the reputation and distinctive character of the well-known American trademark.

In this sense and being the decision pending, an amicable resolution could be find, and possibly wanted by McDonald’s, as the company initially offered Supermac’s the opportunity to avoid an opposition proceeding, if no protection of the trademark at issue was seek in Europe.

However, the Irish food chain seems to be determined to expand, having plans to open new restaurants through Europe.