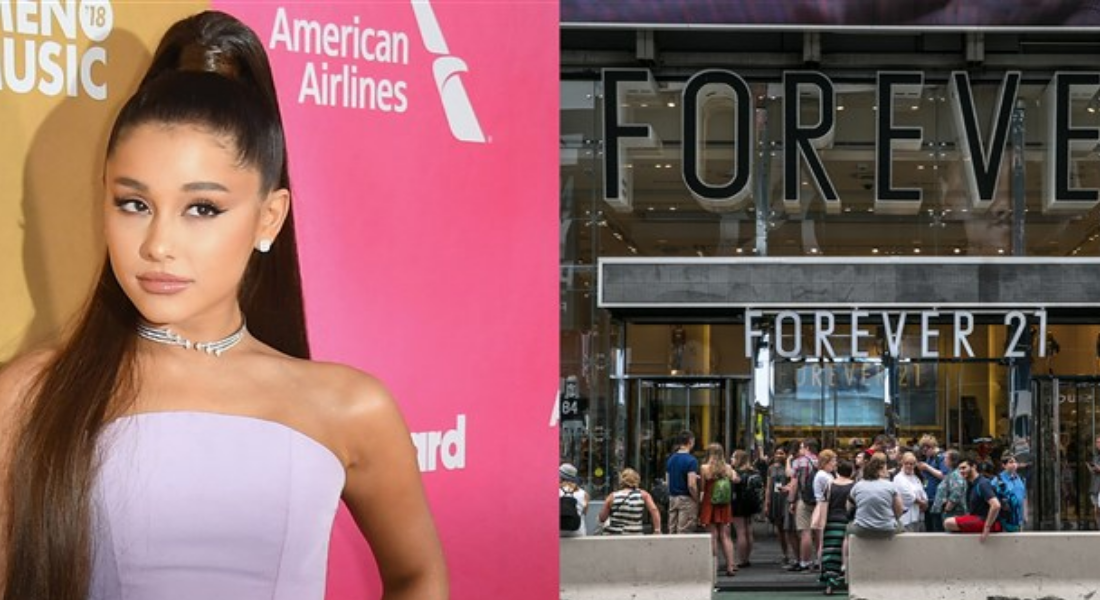 If you are remotely familiarized with Ariana Grande’s image the following things immediately come to mind: sleek back pony tail, bunny ears headband and song lyrics turned into amazing catch phrases such as Thank you, next or Gee thanks, just bought it.

The Pop-singer, who took over the year with her latest album “Thank You, Next”, which lead her to the top of the Billboard Hot 100 chart for 11 weeks in 2019, reached full stardom since the beginning of her career on Nickelodeon in 2009.

She is also an Influencer: has million dollar contracts with brands such as Reebok and charges approximately $996,000 per Instagram post, which makes her the second highest paid influencer on the social media, only running up to Kylie Jenner.

That is exactly why having a partnership with Grande can get your brand major revenue, but you have to pay the rightful price and allegedly Forever 21 ignored the memo.

The Pop singer filed a complaint for damages in the Central District Court of California against Forever 21. The main charges are for alleged false endorsement, trademark and copyright infringement and a violation of the singer’s right to publicity.

The complaint states that early in 2019 Forever 21 reached Ms. Grande in order to sign a partnership for her endorsement of their line, however, the clothing brand was not able to close the deal since the pop singer declined the offer considering they were unwilling to pay her market value.

Now Ariana is suing Forever 21 for “publishing at least 30 unauthorized images and videos misappropriating Ms. Grande’s name, image, likeness and music in order to create the false perception of her endorsement”.

The set of evidence shows not only images of the pop singer’s actual music videos and logos but also a look-alike model with an uncanny resemblance to Ariana Grande wearing clothing and accessories very similar to the ones worn by the latter in her videos.

The Plaintiffs states that they are the rightful owners of several registered trademarks, such as “ARIANA GRANDE” and “ARIANA GRANDE THANK YOU, NEXT”, who are filed for goods and services related to clothing, jewelry accessories, handbags and perfumes.

Trademarks they state the public “has come to recognize (…) as exclusively identifying Ms. Grande” and to be “famous worldwide”.

The complaint also states that Forever 21 used Ms. Grande’s marks to promote the sale of clothing, accessories and beauty products alike and that this unauthorized use of their registered trademarks is “likely to confuse and deceive consumers as to the origin, sponsorship and/or endorsement of the Forever 21 and Riley Rose brands and products”, which goes to say that Forever 21 consumers could be misled to believe that the pop singer was in any way associated with the clothing brand.

The complaint affirms that trademark infringement led the singer to suffer no less than 10 million dollars in actual damage that resulted directly and proximately from this violation which would entitle Ms. Grande to an award of punitive damages.

Forever 21 made very few comments on the accusations and alleged infringement of Grande’s trademarks, however trusts that both parties can reach a suitable agreement. They can only hope for the pop singer to not go “Thank you, next” on a possible settlement.

Amid the law suit against the clothing brand we once again highlight the importance of trademark protection to be able to enforce your brand rights following infringement situations.