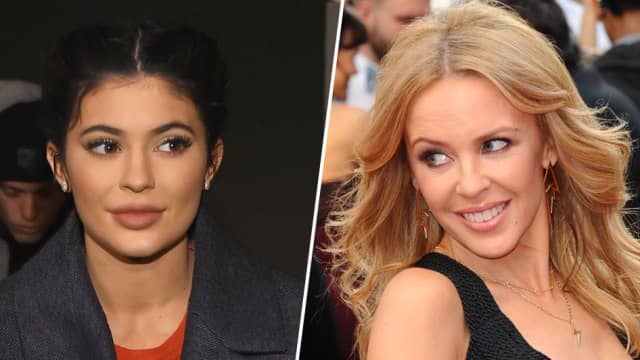 US: Kylie Jenner attempts to trademark her first name, Kylie Minogue says no

18 year old TV celebrity and socialite Kylie Jenner who has acquired fame by appearances in the reality TV show “Keeping Up with the Kardashians” sought to have her name protected for advertising and endorsement purposes. Jenner applied to claim ownership of the name “Kylie” in order to secure the expansion of her cosmetics and clothing collections.

When the information extended into the public, KDB, an Australian firm that represents 47 year old pop star Kylie Minogue, filed an opposition to the application claiming that allowing Jenner to take the “Kylie” name would cause confusion for Minogue fans and dilute her brand.

The opposition was filed on the 22nd of February before the U.S. Patent and Trademark Office attached with numerous logos and names which have been used by Minogue in decades, Minogue’s Intellectual Property history dates back to 1996 and includes the terms to several trademarks such as “Kylie Minogue”, “Kylie Minogue Darling” (the name of her perfume brand), “Lucky – the Kylie Minogue musical” and even the ownership of the domain www.kylie.com

Both Kylies share an extensive amount of fans and fame. Minogue has sold over 80m worldwide, released 13 albums, toured the world on 15 occasions and has shared considerable presence in music charts worldwide.

On the other hand, Jenner has used technology to her favour and has aided her presence worldwide. She has over 90m followers throughout several platforms and apps such as Twitter, Instagram, Snapchat, etc. These platforms have also proved to be a resilient marketing tool to promote her products and image.

Cases such as these are becoming increasingly common, as more celebrities are protecting their brands and fruits of their labour through aggressive patenting.