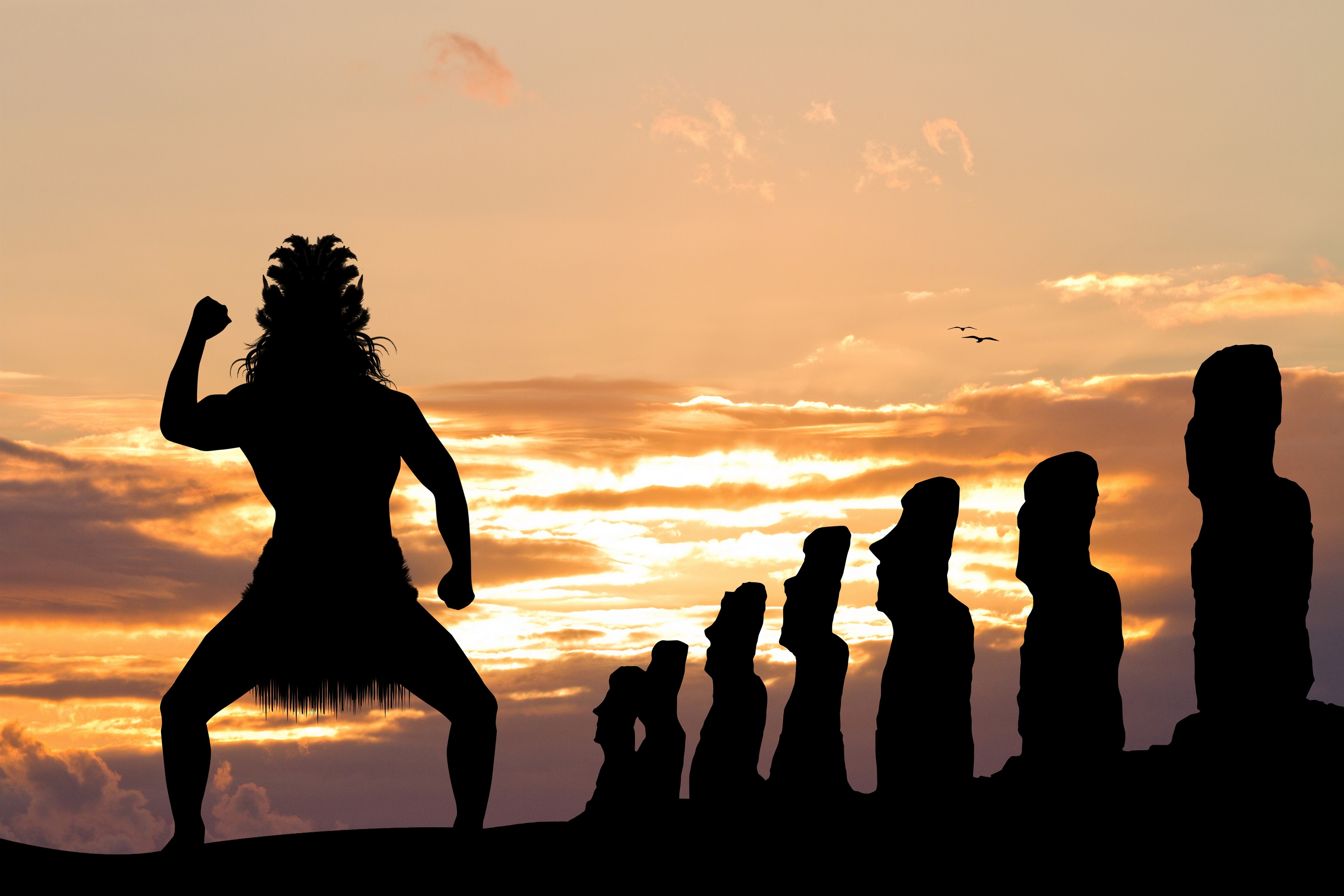 The right of Indigenous People to protect their Intellectual Property

The protection of the rights of indigenous people, including their intellectual property rights, has made a great progress in the past few years.
Not being considered in legal legislation or literature, this progress is largely due to the fact that indigenous names, images, symbols or patterns of commercial products have never been so common. Incorporating verbal and visual elements of indigenous people into brands, designs or models, has proved to be an effective way to make the products more attractive, more distinctive and therefore of more economic value.
However, not only is the use of cultural property of indigenous people without their consent economically unfair, but also this use may constitute an offense to indigenous people who traditionally attribute a spiritual and cultural meaning to certain words, images and patterns.
Therefore, it was imperative that measures should be taken to protect their economic and cultural rights.
Numerous examples of cultural appropriation have led to a strong reaction from some indigenous people in America and New Zealand (1). However, successful cases are not always easy to export, particularly with regards to African indigenous people (2).

The Navajo Nation is an indigenous population who lives in North America. Culturally prosperous, the Navajo Nation holds a high reputation due to the quality and diversity of their arts, namely costume jewellery, ceramics, tapestry and paintings.
Aware of the economic value of the name "Navajo", the American multinational company, Urban Outfitters, decided to market products with the name "Navajo" and "Navaho" and reproduce traditional Navajo designs without proper authorization.
Since the Navajo Nation is the owner of 86 trademarks registered at the United States Patent and Trademark Office (USPTO) and uses the name "Navajo" since 1894, when using the Name and Design of the Navajo Nation, Urban Outfitters not only violated the Navajo's intellectual property rights, but also violated the federal Indian Arts and Crafts Act as well.
This use was also an act of unfair competition and a disrespect to the Navajo culture.
In response to this illegal act, the Navajo Nation took the case to court. The parties finally reached an agreement in September 2016, in accordance of which they obliged themselves to work together and market authentic "Navajo" products.

The Mixe people are an indigenous population of Mexico, installed in the highlands, to the northwest of the State of Oaxaca.
Culturally rich, Mixe were also victims of cultural appropriation when, in 2015, the fashion designer Isabel Marant presented, in her new collection, a blouse with graphic elements identical to those of a blouse of the Mixe of Santa Maria Tlhuitoltepec.
This blouse, a cultural property of the Mixe, not only was copied by  Isabel Marant, but also, Antik Batik, a French fashion company, claimed to be the legal owner of the rights to its design and brought an action against the designer before the French Courts.
The result of this situation was, on one hand, the non-recognition by the French Courts of any legal right of both the French designer and the French company on the blouse; on the other hand, a firm, non-binding but dissuasive statement of the Oaxaca Congress.
Indeed, in this statement the Congress stated that the cultural property of the Mixe community has Intangible Cultural Heritage, as defined in the UNESCO Convention for the Safeguarding of the Intangible Cultural Heritage; showed Mexico's concern to recognize the cultural value of its communities, and its determination to act in order to protect those communities from any cultural appropriation.

The case of the Maori people

The Maori people is an indigenous population of New Zealand whose rich and varied culture includes traditional and contemporary arts such as sculpture, weaving, kapa haka (group dancing), whaikorero (oratory) and moko (tattoo), cinema, poetry and theatre.
The use and protection, through trademark registration, of Maori images was relatively common in the past. For example, there was a company that registered a butter trademark composed by the face of a Maori chief; another company that registered a similar image for a trademark of sauces and cucumbers.
Although granted in the past, the same trademarks would now be rejected, in result of the awareness of this problem in the country.

The relevant legislation was modified and, with it, the criteria of registration of a trademark composed by Maori images. Under the new legislation, the New Zealand Intellectual Property Institute (IPONZ) cannot grant a trademark if it considers that its use or registration may offend the Maori people.
IPONZ assesses the potential offense of all trademark applications, including abbreviations of foreign words, images and designs, and for the decision to be as appropriate as possible, New Zealand law requires the IP Office to consult a Maori Consultative Committee.
Thus, a trademark application consisting of an element that may have some connection with the Maori community will be referred to the Committee. If the Committee considers that the trademark is not offensive, it shall pass to the substantive examination stage. If the Committee considers that the trademark may be offensive, it will inform IPONZ. It should be noted that, although the Maori Consultative Committee has only a power of recommendation, IPONZ rarely decides in disagreement with the Committee.

Africa, with its diversity of people, cultures and traditions, fauna and flora, is a continent that inhabits the imagination of all of us. Artists from all sectors find in Africa the inspiration they seek.
However, more and more companies see Africa not only as a highly inspiring continent, but as an effective vehicle for profit. There are countless cases of cultural appropriation in Africa without any consideration or compensation in favour of the expropriated people.
Some indigenous populations have begun to organize themselves so that their cultural and economic rights are respected. The number of indigenous people in Africa is very high but very few African countries recognize their existence. Even less are those who do so in their national constitutions or legislation.
Being in conflict with other indigenous populations and deprived of any representation, the defence of their rights at national and international level becomes arduous. In addition, in terms of industrial property rights, there is currently no legislation that specifically protects the cultural identity of these people.

How then to protect the intellectual property rights of indigenous populations in Africa?

The first solution we could think of would be to protect their cultural assets, such as names, patterns, music and dance, by registering trademarks, designs and copyrights. However, this solution has several flaws, four appearing to be of particular importance:

·         Having no entity to represent them, on whose behalf could they register their intellectual property rights?

·         Since many of their names or patterns are registered in the name of third-party companies, their own registration applications may be rejected.

·         In the specific case of trademarks, even if registration of their rights is granted, their use would be necessary, otherwise the marks would be declared invalid.

·         In the case of trademarks also, since this registration is divided by classes, it would be necessary to register the trademark in all classes, in order for its protection to be complete.

The second solution, which seems to us to be the most effective and feasible, would be for the National Institutes to reject all the trademarks composed by names, designs or models that reproduce indigenous patterns, unless they’re authorized.
This solution, in addition to being materially possible, since it would be sufficient for the Institutes to have in their possession the list of all indigenous names and patterns hitherto recorded, it would not, often, imply any change in intellectual property laws.
Indeed, the Institutes could rely on articles referring to the refusal of trademarks and designs with a high symbolic value or misleading the public, in particular the nature, qualities or geographical origin of the goods or services.
We are not aware that any Institute has ever done this, but in our opinion it is a possible and desirable way for respecting and protecting indigenous populations, their way of life and their culture.