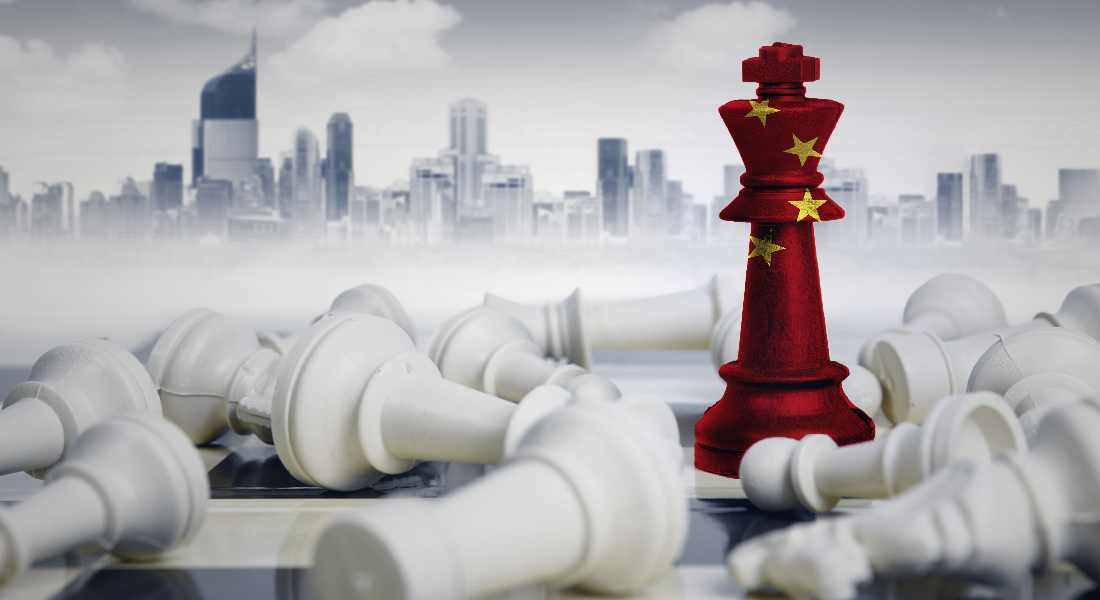 In 2019, China became the world leader in international patent applications, according to the annual report of the World Intellectual Property Organization, presented in Geneva, having overtaken the United States of America and ended a period of leadership that had lasted since the creation of the WIPO Patent Cooperation Treaty (PCT) in 1978. 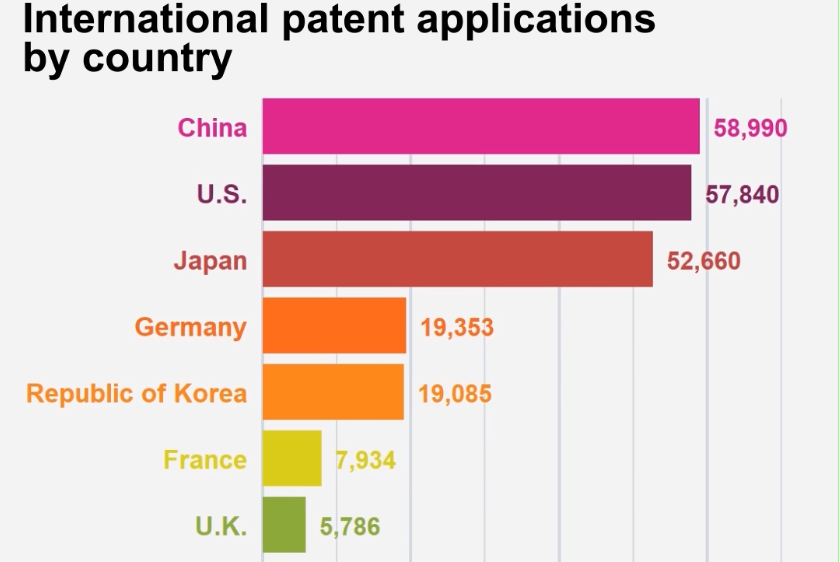 In view of these figures, it can be confirmed that applicants for international patent applications from the Asian continent account for more than half of all applications, namely 52.4%, while Europe represents for 23.2% and North America has a share of 22.8%.

This increase in the number of international patent applications has led WIPO Director General Francis Gurry to consider 2019 as "the best year we have experienced in the history of the Organization", adding that "China’s rapid growth to become the top filer of international patent applications via WIPO underlines a long-term shift in the locus of innovation towards the East" and that "in 1999, WIPO received 276 applications from China. By 2019, that number rose to 58,990 – a 200-fold increase in only twenty years". In this regard, following the trade war between the United States and China, these figures provide arguments for the Chinese government to refute the U.S. government's accusations of violations of intellectual property rights, including patent theft, and, even more so, in light of Francis Gurry's speech that China, in a few decades, has built an intellectual property system, encouraging domestic innovation and increasing global leadership in this sector.

Among the top ten applicants, four are from China, two from the Republic of Korea and one from Germany, Japan, Sweden and the United States. It should be noted that of these ten companies, six of them filed applications related to digital communications, namely the Ericsson, the Guang Dong Oppo Mobile Telecommunications, the Huawei Technologies, the LG Electronics, the Samsung Electronics and the Qualcomm. As far as educational institutions are concerned, the University of California maintains first place with 470 international applications published in 2019, second place for Tsinghua University with 265 applications, followed by Shenzhen University (247 applications), Massachusetts Institute of Technology (230 applications) and South China University of Technology (164 applications). The top 10 universities consist of five American, four Chinese and one South Korean university. In the technology sector, computer technology (8.7% of the total) accounted the largest share of PCT applications published, followed by digital communication (7.7%), electrical machinery (7%), medical technology (6.9%) and measurement (4.7%). Among the ten main technologies, semiconductors (+ 12%) and computer technology (+ 11.9%) were the areas with the highest growth rates in 2019.

However, due to the Covid-19 pandemic, the expectations for the year 2020 are much lower, as it will have significant consequences on the global economy and, according to the WIPO Director General "the impact on creative industries and innovation will be extremely important", stating that it is still too early to quantify the impact, which will depend on the intensity and duration of the crisis, however, preliminary data received by WIPO for the months of January, February and March showed a decline in the growth of patent applications.