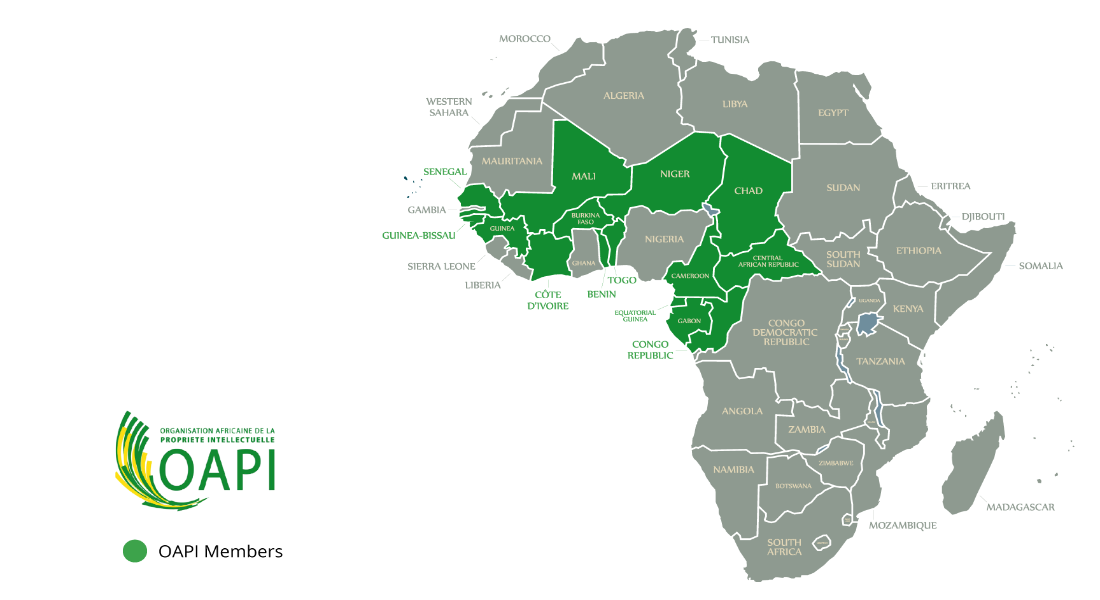 A guide to OAPI: what you need to know

Unlike the African Regional Intellectual Property Organisation, OAPI member states do not have national offices. Therefore, registration is only possible through the regional system and applicants cannot designate specific countries.

OAPI was created in March 1977 by the Bangui Agreement with the main goal of encouraging member states to collaborate, build networks and share common resources. It acceded to the Madrid Protocol in March 2015 and is a member of the Paris Convention.

OAPI accepts trademark applications for products, services and collective trademarks, as well as protecting well-known marks in the region. To file an application, applicants must provide:

Further, colour marks can be claimed at OAPI upon payment of the prescribed fee.

OAPI is a multi-class jurisdiction and applications can include up to three classes of products or services. However, it is important to note that it is not possible to file applications for products and services together. For instance, if an applicant intends to file one mark in Classes 1, 4 and 35, it must file two separate applications – one for Classes 1 and 4 and another for Class 35. The official filing receipt and application filing number is issued roughly two weeks to one month later.

Unlike other African jurisdictions, OAPI will perform an examination only with regard to the formal aspects of the application, not its substance. Upon conclusion of the examination process, OAPI will issue a registration certificate containing the registration number. In this regard, OAPI’s procedure is unique, as the registration certificate is issued before the trademark is published. This means that the provisional effect, and thereforethe trademark, can still be challenged.

When the trademark is published, third parties who considered themselves adversely affected with the registration of the trademark have a period of six months to file oppositions.

Opposition proceedings are launched at OAPI by filing a notice that provides detailed grounds on which the opposition is based. OAPI will then notify the registrant of the opposition, to which it has three months to reply. After this, there is only one set of observations – an oral hearing, which is set between both parties through their representatives, where each entity can defend its case. The trademark office will then deliver a decision on the merits of the opposition, which usually takes between four and six months. The office’s decision can be challenged via an appeal to the High Commission of Appeals within three months from notification of the decision. If the High Commission considers the opposition to be valid, the trademark application will be cancelled.

If no opposition is filed, the registration certificate becomes definite and the trademark is fully protected in all member states.

If an application goes unchallenged, the registration process from application to filing usually takes between 10 and 14 months. The trademark is valid for 10 years from the filing date (not the registration date) and can be renewed indefinitely for 10-year periods on payment of the prescribed fee.

A trademark can still be challenged after being registered; thus, it is possible to file for the cancellation of a trademark on the grounds of non-use (there is a continuous non-use period of five years from the date of registration) or due to the owner’s bad faith. In both cases, the court is the responsible body.