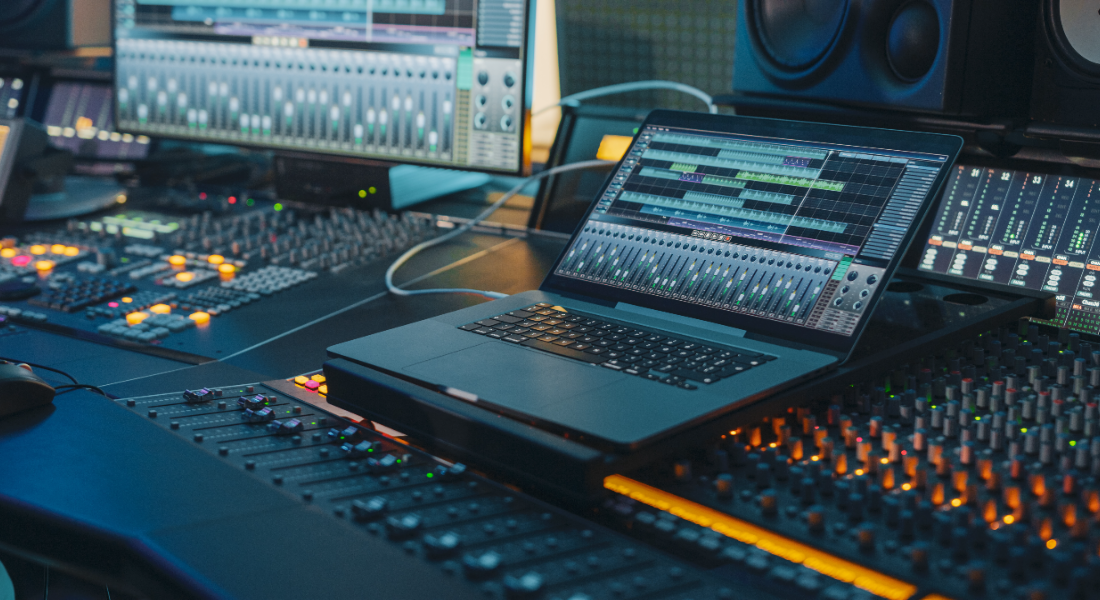 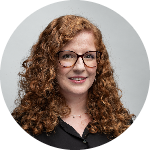 It is well known that patents are an exclusive right granted for inventions, namely, products and processes which are new, inventive, and provided with industrial application. When it comes to music, original compositions are commonly protected by copyright or trademarks (the latter being only possible in the countries where the registration of sound marks is allowed).

Even though musical creations do not represent the kind of innovation that patent laws are designed to protect, the steps of creating, recording, listening or streaming and performing music is complex and can comprise patentable products and processes within it.

Creating music is much more than songwriting, after all, there are many songs without words. To structure melody, harmony, and rhythm in a way to create new sounds, new musical instruments or new plug-ins can be developed, as well as structures that allow the use of an existing instrument in a different way.

In this sense, Eddie Van Halen improved his fretboard tapping technique by creating a supporting device for stringed musical instruments which was patented in 1987. The support would place the instrument perpendicular to the player's body, allowing total freedom of the musician’s hands to play the instrument in a completely new way. 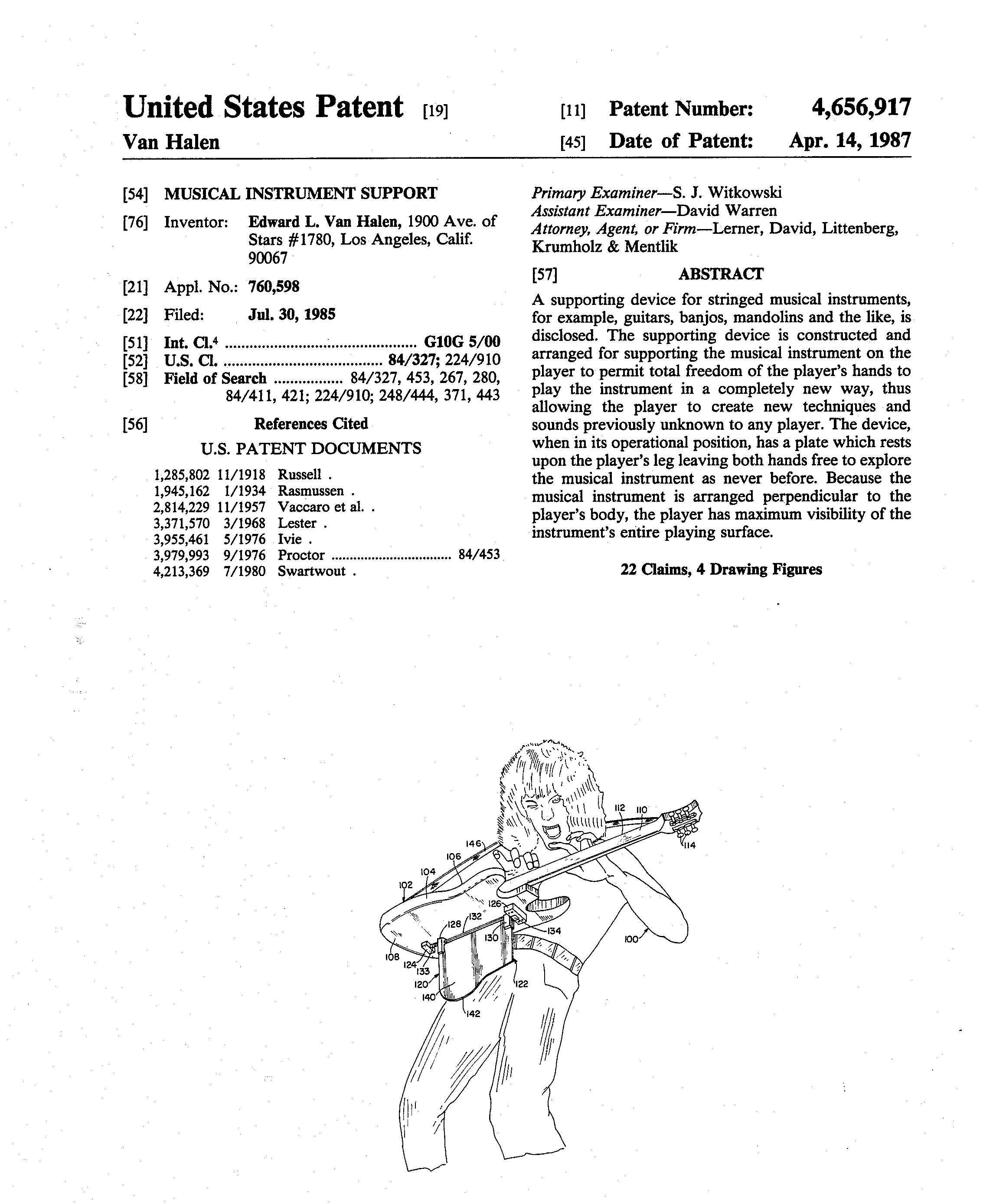 As regards percussion instruments, Marlon Brando patented an apparatus for adjusting the tension of a drumhead in 2004. It is important to note that the tuning of a drum is made by uniformly stretching the drumhead, being necessary that all screws that fix the drumhead to the drum body be screwed with the same force. Thus, the problem of the state of the art related to the need for a simple and inexpensive drum tuning device which is also accurate, reliable, and not subject to inadvertent adjustments was solved.

Music recording is one of the most expensive and technological steps of music making. A good sound production studio contains not only technical equipment (such as mixing consoles and microphones) but also digital audio workstation software for combining voice and inputs from electronic musical instruments and devices for producing music.

In most countries, software and computer programs are considered a non-patentable matter, therefore not being protectable through patents. However, software-related inventions, such as computer systems and computer-implemented methods, can be protected if the patentability requirements are met.

Brian Eno, an influential British musician and producer, best known for his pioneering work in ambient music (as well as his work with some of the biggest names in rock), joined his longtime friend Danny Hillis, a computer scientist and founder of Applied Minds, to develop a method and system for masking speech.

LucasFilm, founded by visionary filmmaker George Lucas in 1971, is the owner of several patents in the area of film-making and music making, for example, a system and method for music and effects sound mix creation.

Technology has made the recording step much easier, and one can easily record music in a home studio, provided that it comprises all the necessary equipment and computer programs to do so. It is also worth mentioning the use of technology to modify musical data, for example, to produce more harmonious musical accompaniment or to manipulate vocal performance, as well as computer-implemented inventions comprising artificial intelligence that allow the determination of plagiarism in music.

Music is part of our everyday life, and it has the capability of changing our mood and helping us to manage emotions. The different ways to listen to music have radically changed over the years and technology is a key factor in this sense.

Thomas Edison was the first person to create a device to record and play music—the phonograph—which was patented in 1878. The sound quality was bad, and each recording lasted for one only play. Almost 10 years later, Emile Berliner created the first vinyl record player - the Gramophone—which had to be manually operated.

Over the time, vinyl records went through a series of material alterations (Berliner’s records were originally made of glass) and formatting changes, and so did the vinyl players.

The magnetic tape for recording sounds was invented by Fritz Pfleumer in 1928, however, the compact cassettes (with the two-spool cartridge) were only developed in the early 60s by Philips Electronics (whose patent was licensed for free to ensure commercial hegemony).

In 1979, Sony introduced the first mass mobile device to the market—the Walkman—making music portable. The portability made cassettes the format of choice, and cassette sales surpassed vinyl sales in middle 80s. 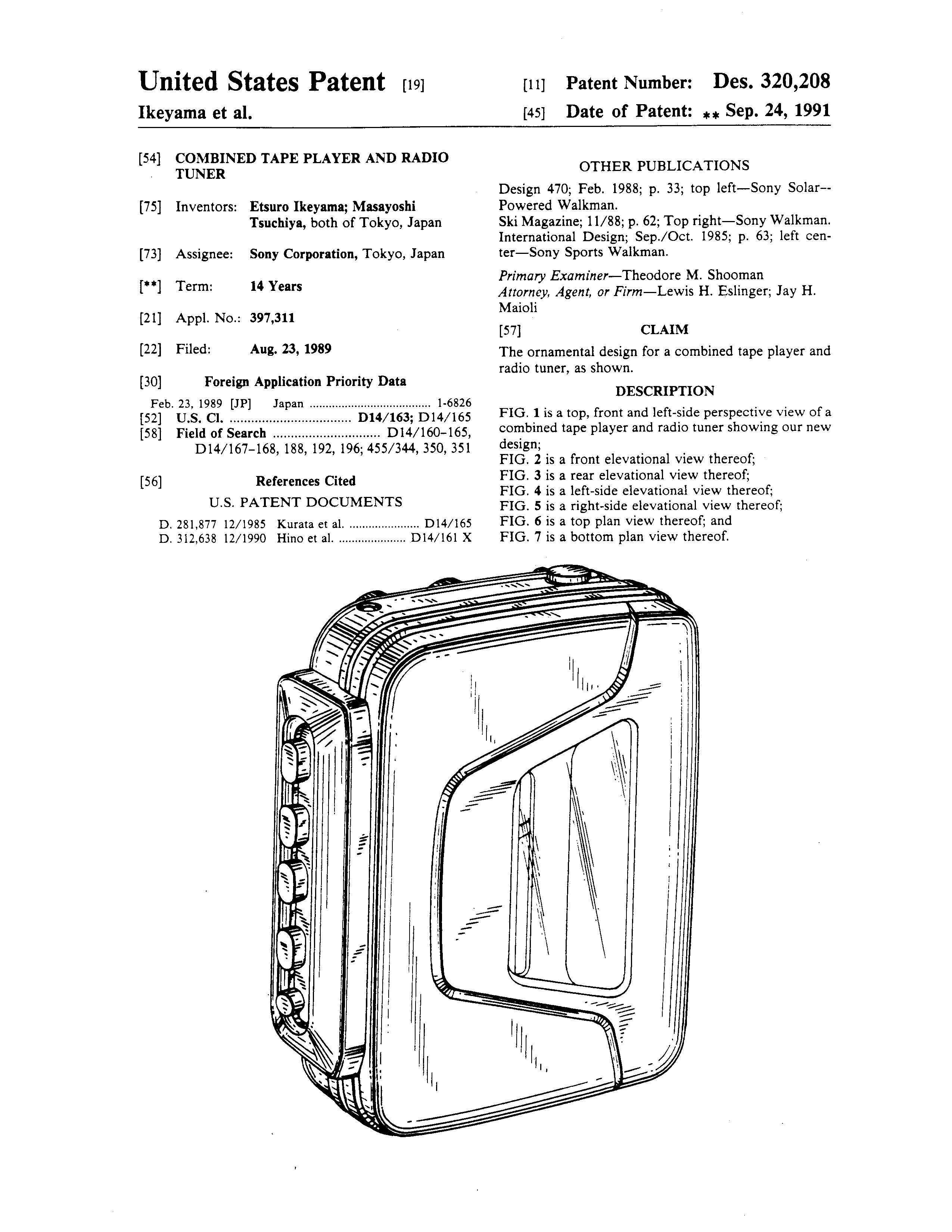 Co-developed by Philips and Sony, compact disks (CDs) only reached the market in 1982. However, the digital reproduction technology behind the CDs was patented almost a decade earlier by James Russell.

The same happened with MP3 players: the devices reached the market in late 1990s, while Kane Kramer patented the first digital audio player in 1979.

An innovation developed by singer and songwriter Neil Young relates to a multiple-resolution audio and video system that executes a music file in studio-quality resolution, high-resolution, best resolution, acceptable resolution, selected resolution and / or high definition in a device.

The portable music player was commercialised by the name PonoPlayer and sold until 2017, when Neil Young announced the end of the brand due to the overcharge for high-resolution formats imposed by record companies.

Today, streaming music, ie, feeding audio content to an audio device without the need of downloading files from the internet, is the easiest and most common way to listen to music. Music streaming services, such as Spotify, uses machine learning to provide its users with a personalised experience, for example, by creating playlists based on what they think the listener would enjoy based on their previous listening history and to recommend or suggest media content in response to input searches for songs of a particular nature.

The music performance combines songs, dance and sometimes acting and is intended not only to entertain the public, but also to drive the emotions of the audience.

Michael Jackson defied gravity in his live performances by leaning forward by 45 degrees. Such movement was only possible due to special shoes that create an anti-gravity illusion created by the pop singer himself. During the concert, a triangular slot in the heel of his shoes would detachably engage to a hitch member that emerged from the stage floor at the right time.

In order to improve the quality of the audio during the movements in her performance, singer Paula Abdul invented a microphone support apparatus having a concave-shaped bottom base. The dynamic apparatus would allow the singer to move the microphone support by shifting her weight in a particular direction.

Rapper Kanye West has filed a patent application to protect an immersive audio / video experience, which comprised several viewing screens located on the front, on the sides, on above and on below or slightly forward of the viewer. The images are visually coordinated, and the viewer would experience viewing the images, such as a music video or sporting events, as if he or she were actually “in” the scene.

Even though music creations are not protectable by patents, innovative music technologies are changing the way people create, listen, and feel music. Advances in technology are not limited to the design and construction of musical instruments: it affects all steps of the music making and allow people to be a part of the whole process. 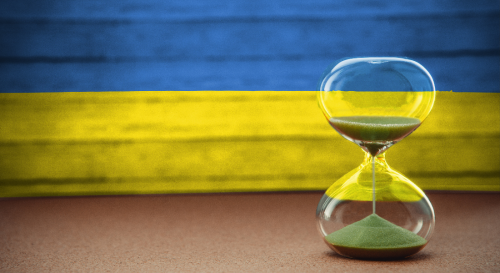